«Those who have stood out for their genius are nothing more than pieces of a great collective effort, of a company in which there is no piece without engaging in many others. As far as I know there are no wise men who have not found hundreds of other wise men, giants for him, whose shoulders to climb to see farther than the others. » Jorge Alcalde.

Hi, how are you? If you want you can listen to my saxophone while reading:

Today I want to remind you that the content you read in my blog comes from different sources. I reach conclusions after gathering and contrasting information in scores, books, audio, video, pdf, conversations, personal reflections, etc. I make transcriptions directly from some of the audios I share, although they can probably be downloaded from the internet if I look for them, it is the effort that I put into the process that helps me move forward, to believe in what I publish. Downloading a music sheet is not the same as transcribe it. (Rose de Picardie, Take Ten, Si tu vois Ma Mère, Sax O Phun)

What you are going to read next is an argument that illustrates what I just said. It was taken from a publication by Jorge Alcalde in La Razón.es. I have removed some words here and put others there, in order to adapt them to this context, without disfiguring the essence of what the author wrote. If I did not quote the source and acknowledge that I have modified sections, I would be committing a «crime» against the truth, putting my credibility at stake, I would be committing «plagiarism.» It would be an act of «intellectual corruption» that would detract from what I share.

Knowledge is a chain formed by many links, the absence of one of them weakens the chain. On the contrary, mentioning which link in the chain the information was taken makes it stronger. For researchers, these are threshed words, but it’s always good to remember them. Because even among the investigators themselves there are accusations of plagiarism, every day there is a complaint in some court of the world for plagiarism.

«The advancement of knowledge … is a community effort like no other. Every step forward is undoubtedly due to many other steps taken by predecessors and is only the beginning of the step that will inevitably come later. knowledge is a collective adventure, and if so often we strive to look for individual heroes (…) it is simply because of that mythological eagerness that unites us all, but in reality, although we give awards and recognition to people, although the Hall of Fame of the investigation is full of individual photos and in the media we interview people as responsible for a finding, there is no progress in any area of research that has fallen on the shoulders of a single person.

In the world of science there is an expression that illustrates as nothing that collective quality of the advancement of knowledge: «On the shoulders of giants.» The phrase is often wrongly attributed to Isaac Newton. On February 15, 1676 the eminent physicist, author of one of the most dramatic revolutions in the history of knowledge (although we should say co-author, if we follow the idea with which we have begun these paragraphs) wrote to Robert Hooke, philosopher and physicist who definitely influenced Newton’s work to the point that he ended up accusing him of stealing his ideas, the following sentence:

«If I have seen further, it is by standing upon the shoulders of giants».

No doubt, Newton wanted to express with it that his genius did not reside only in his own mind, but only supported by the works and intelligences of other great sages of history he could have glimpsed the revolution he was in the process of provoking. The phrase is not, however, originally from Isaac Newton. Actually, there is a lively controversy about the origin of this phrase. Many historians agree to attribute it to the theologian and philosopher John of Salisbury (1115-1180). In his work, Metalogicon (1159) wrote:

Nos sumus sicut nanus positus super humerus gigantis.
(We are like the dwarf placed on the shoulders of giants)

Obviously, it is this occasion, with a very different intention. It doesn’t matter, in any case, where the phrase comes from. It could well be from these sources cited, or from other classic thinkers like Robert Burton, in whose work The Anatomy of Melancholy, published in 1621, says:

«A dwarf standing on the shoulders of a giant may see farther than a giant himself».

Or Diego de Estella who in 1622, in his Eximii verbi divini …, exhorts us:

No matter, the true origin of the beautiful sentence, what matters is that it is usually used to express that in matters of knowledge even those who have stood out for their genius are nothing more than pieces of a great collective effort, of a company in which there is no piece without engaging in many others, no wise man who has not found hundreds of other wise men, giant for him, whose shoulders he can see further than others.»

If you have information that I can include in my publications to expand and that comes from a verifiable source, I thank you if you send it to me at info@hansbetancourth.com. I will give you the credits. And so among all we can gather knowledge with foundation. Thank you! 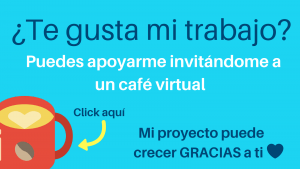 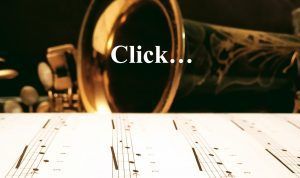